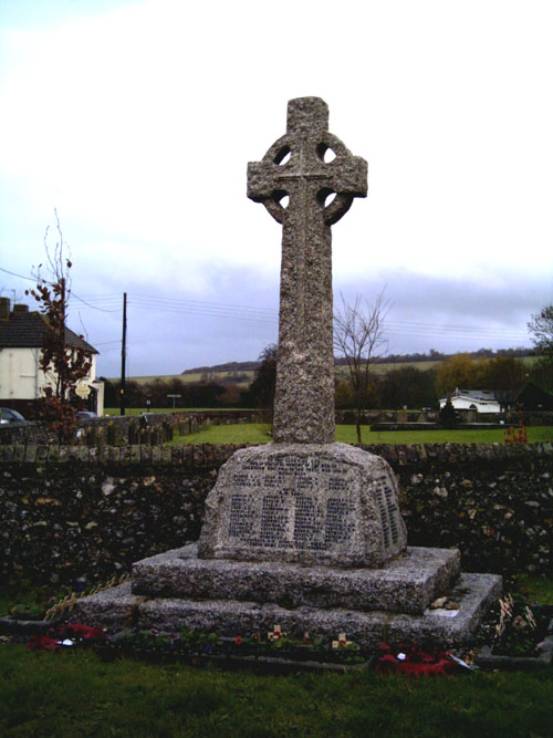 The memorial stands near the entrance to St Mary’s churchyard, facing the Village Green.

“Their Name Liveth for Evermore”

The memorial was unveiled in October 1920 by Admiral Sir Doveton Sturdee.

Note: *The population of Chartham in 1911 was some 1600 souls (not including the inmates and officials of the East Kent Asylum on Chartham Downs). The War Memorial bears the names of 60 men.

If you have arrived at this page via a search engine, you can use this link to go to the Faded Genes Homepage